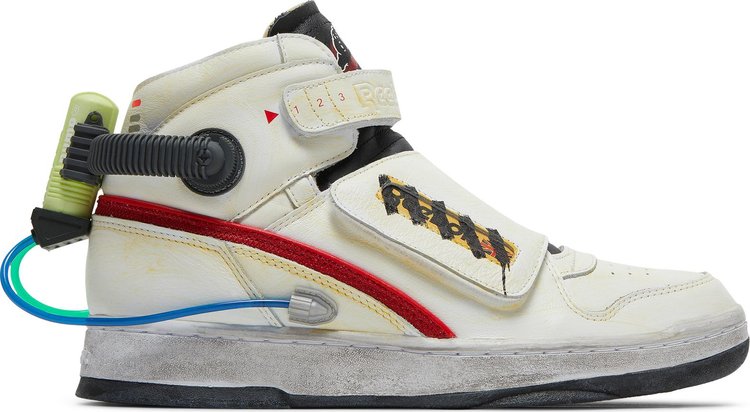 The Reebok Ghost Smashers ‘Ecto-1 Vibes’ celebrates the release of ‘Ghostbusters: Afterlife,’ the fourth film in the supernatural comedy franchise. While the silhouette is modeled after the Reebok Alien Stomper — featuring an aged white leather upper with dual strap closure — design details are borrowed from the Ghostbusters films, including a red stripe inspired by the Ecto-1 and a removable proton-pack heel piece that glows in the dark. The Ghostbusters’ iconic logo decorates the insole and exposed foam tongue. Anchoring the mid-top is a pre-distressed white rubber midsole.