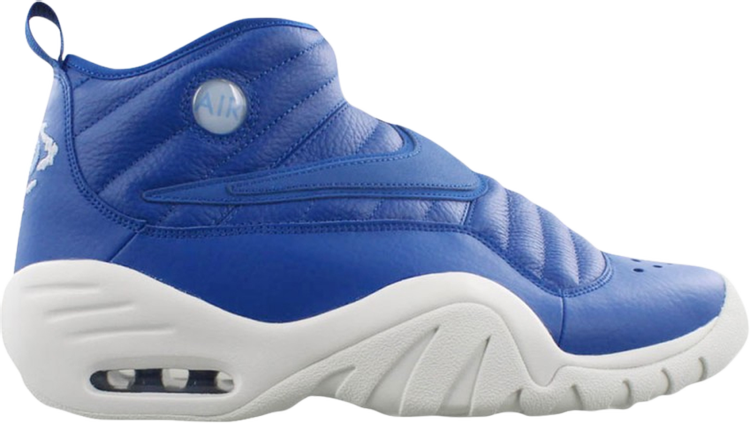 From the 80s to the mid-90s, the Detroit Pistons were known as the “Bad Boys” of basketball, and rebounder extraordinaire Dennis Rodman was one of the Baddest. Released in 2017, the Nike Air Shake Ndestrukt ‘Pistons’ is a retro version of Rodman’s signature shoe in a Pistons-esque colorway. The tumbled leather upper comes in royal blue with a ribbed overlay and a lacing system that pushes the limits of asymmetrical design. A white outsole has hits of lighter blue branding on the front and heel.