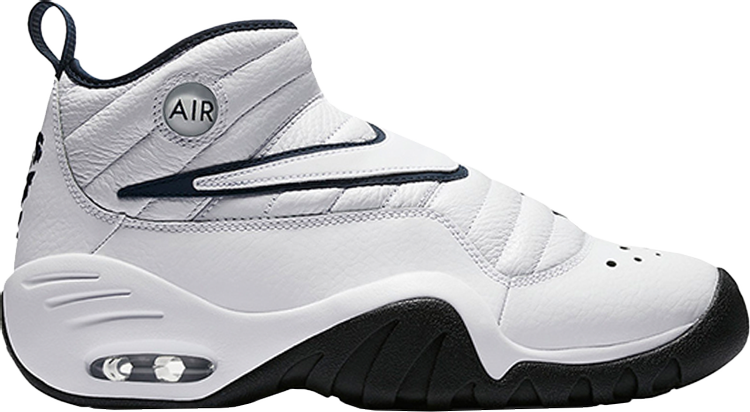 Dennis Rodman was not only known for his record-setting rebounds, but for his outlandish fashion and antics on and off the court. His sneaker of choice for the 1996 season, the Air Shake Ndestrukt, would echo a similar, unique aesthetic to match his persona. The White and Navy March 2017 rerelease of the distinct silhouette mimics the colorway of the original. With a side lacing system and embroidered whirlwind basketball logo on the heel, this retro shoe reflects Rodman's over the top personality and style.