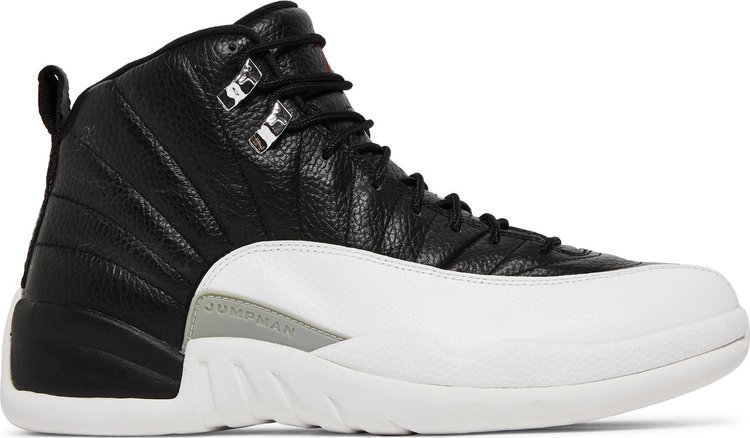 Earning its nickname from the time on the hardwood during the 1997 NBA playoffs, the Black/Varsity Red colorway of the Air Jordan 12 is arguably one of the most beloved. The Air Jordan 12 'Playoffs' are also often associated with Michael Jordan's impressive performance at the '97 All-Star game where he scored the first triple-double in All-Star history. The Air Jordan 12 'Playoffs' have been retroed in 2004 and 2012, with a low top silhouette dropoing in 2017. The 2012 retro set a milestone for Brand Jordan as the first release to use the Twitter RSVP system.