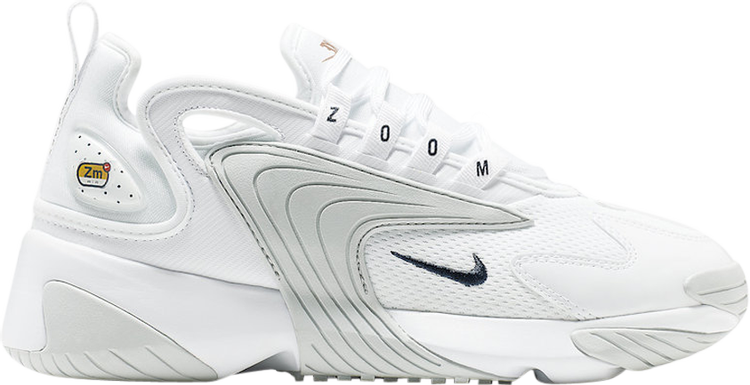 In anticipation of the Women's FIFA World Cup, Nike released the Wmns Zoom 2K 'Unité Totale' in May 2019 as part of a pack honoring the French national team. The homage to Les Bleus comes in a subtle Parisian motif, with a navy-on-white colorway that includes polka-dot detailing at the back branding patches. On the heel pull loops, an inspiring message can be seen with 'Nos Differences' on the left shoe and 'Nous Unissent' on the right, translated as 'Our Differences Unite Us.'