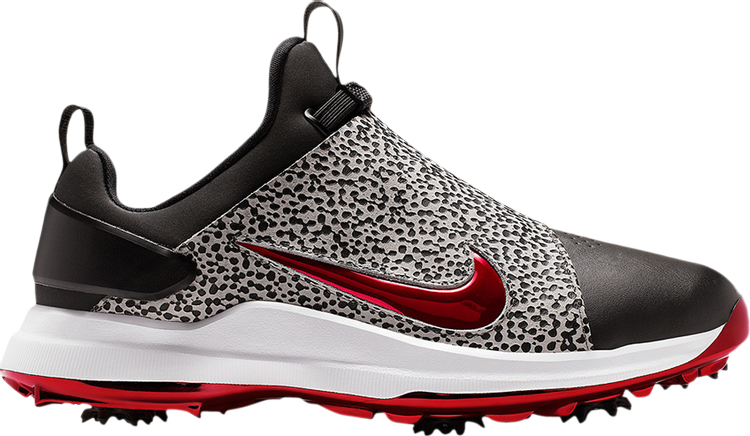 Released in May 2019 as part of a special pack commemorating the PGA Championship, the Tour Premiere 'Safari Bred' remakes the original with a bold look that honors the host course, Bethpage Black in Long Island, NY. This version of the Nike golf spike pays homage to designer Tinker Hatfield and the colorway he popularized, while its leopard-print detail is a nod to the golf course's nickname, so called by its designer, A.W. Tillinghast: 'The Black Leopard.'