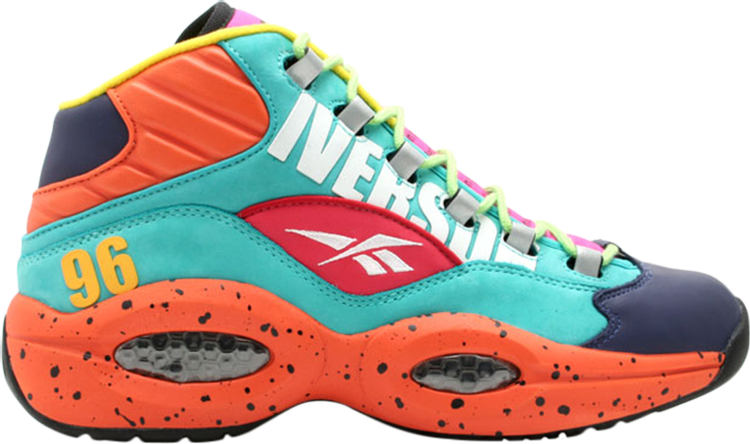 Introduced in 1996, The Question silhouette made a big splash during Allen Iverson’s first season in the NBA. To honor his career since, Undefeated partnered with Rebook to release the Question Mid-Undefeated 'Undefeated,’ which features a teal leather upper, Chile Red accents on the side panel, and orange details on the collar and on the speckled midsole. The sneaker also boasts large white IVERSON lettering on the eyestay and Gold Yellow “96” lettering to remember his rookie year.