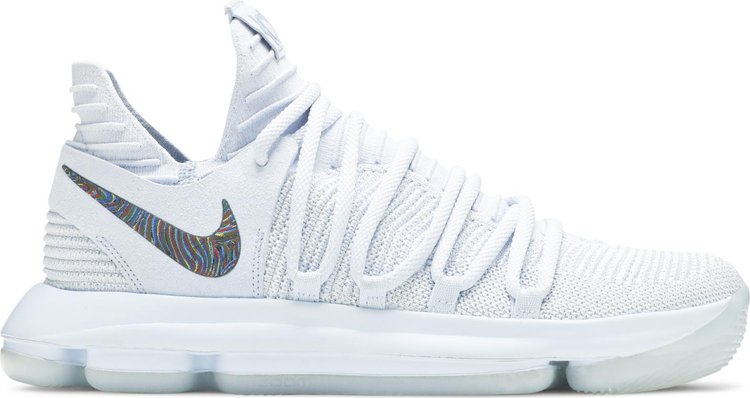 The KD 10 Limited 'Anniversary' celebrates the tenth anniversary of Kevin Durant's signature shoe with Nike. The Flyknit upper is covered in Faint Blue, which extends from the 'KD' branding on the tongue down through the midsole. The look is contrasted with a multicolored Swoosh that pays tributes the colorways of the various NBA teams Durant has played for throughout his career — the Texas Longhorns, the Seattle Sonics, the Oklahoma City Thunder, and the Golden State Warriors. Its translucent rubber outsole includes Zoom Air cushioning for ultra-responsiveness.