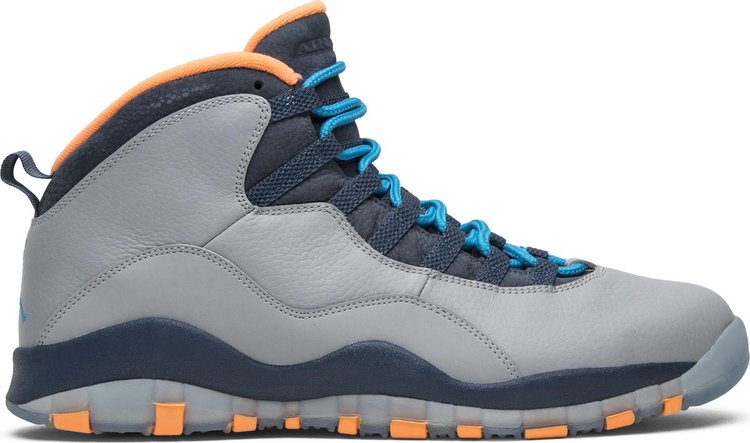 When Michael Jordan became the owner of the Charlotte Hornets in 2010, they were known as the Bobcats. Charlotte would revert to their original Hornets moniker at the start of the 2014 season, but that didn’t stop Jordan Brand from dropping the Air Jordan 10 Retro ‘Bobcats’ earlier that same year. The sneaker features a tumbled leather upper and a two-tone outsole etched with a list of Jordan’s achievements. In tribute to the Charlotte basketball team’s short-lived alternate identity, the silhouette is dressed in Wolf Grey, Dark Powder Blue and Atomic Orange.