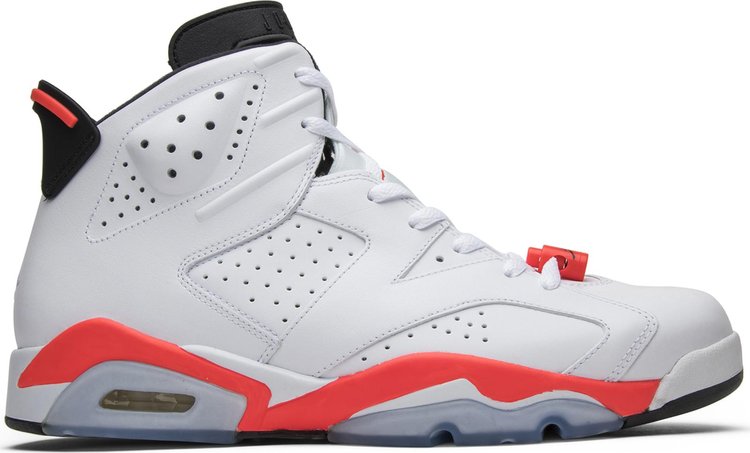 In 1991 the Air Jordan 6 released in five original colorways, with two variations, an all-white and an all-black, utilizing Nike’s famous ‘infrared’ color. The highly-coveted Air Jordan 6 Retro ‘White Infrared’ saw its first retro in 2010, and again in 2014 to commemorate the 23rd anniversary of the shoe’s initial release date. The design features a white perforated upper in smooth leather with infrared accents throughout and a return to the reflective upper underlay, a detail not seen since the shoe’s original release.