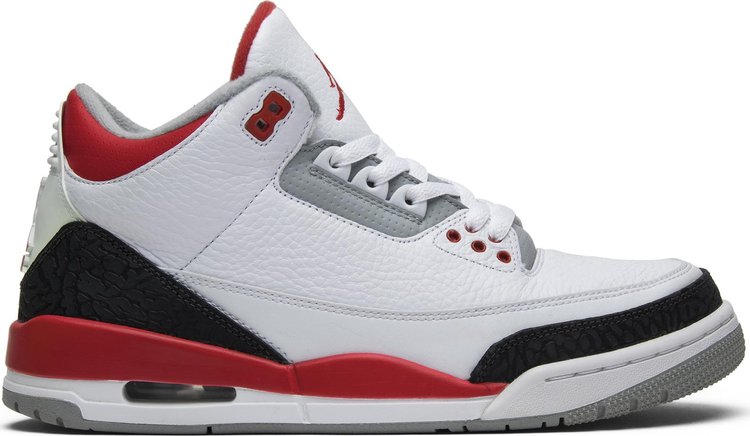 Released as one of four OG colorways in 1988, the Air Jordan 3 Retro ‘Fire Red’ remains one of the most consistently sought-after Air Jordan 3 sneakers, due to its extremely limited number of retro releases. Prior to its last release in 2013, the ‘Fire Reds’ were only retro'd one other time, back in 2007. Styled in a Bulls-inspired mix of white, grey and bright red, it features an upper of white tumbled leather and the iconic elephant print, this time in black, on the heel and toe sections. A non-OG retro release, this version has the Jumpman logo on the tongue and heel section.