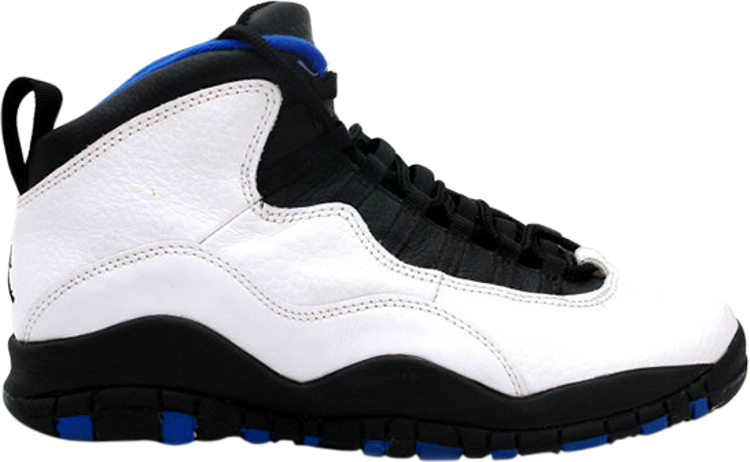 The ‘Orlando’ color scheme was one of the OG ‘City’ colorways of the Air Jordan 10, featuring a premium white leather construction on the majority of the upper, with black tones on the mudguard, eyestay and collar. The Orlando Magic’s royal blue emerges on the sockliner and outsole, while the classic bars on the outsole commemorate some of Michael Jordan’s early career achievements. This was released alongside four other cities that celebrated Jordan Brand athletes including Sacramento, New York, Seattle and Chicago.