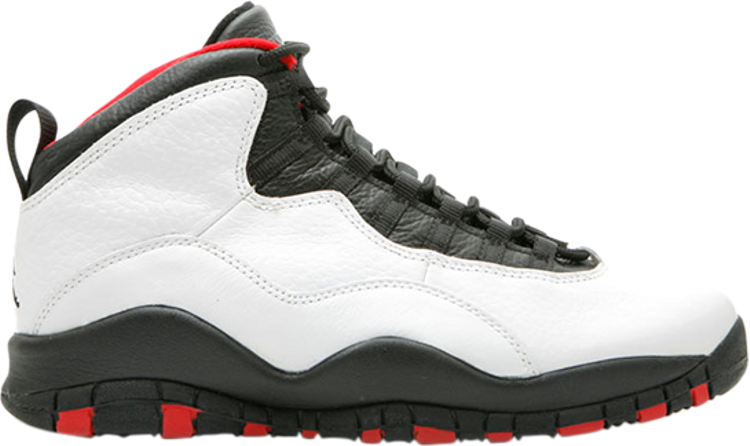 Michael Jordan wore the Air Jordan 10 OG ‘Chicago’ when he returned to basketball in 1995, also temporarily wearing the jersey number 45. He sported both when he put up 55 points in New York City, his fifth game back from his first retirement. The shoe features classic Chicago Bulls colors, including a tumbled white leather construction with contrasting black and red accents. On the outsole, red stripes are imprinted with 10 of MJ’s early achievements.